Find out HOW CUSHION-CUT AND PRINCESS-CUT DIAMONDS COMPARE

Want to see how these diamonds compare at a glance? View our side-by-side comparison chart.

Finding the perfect diamond engagement ring starts with choosing your ideal diamond shape. Cushion-cut and princess-cut diamonds are two highly sought-after shapes, admired by celebrities and everyday couples alike. Get to know how these diamond shapes compare and learn what makes each one an attractive engagement ring option, so you can choose the shape that celebrates your unique love story.

The rounded edges of cushion-cut diamonds lend well to a variety of ring settings. Princess-cut diamonds also look great in a range of ring settings; however, its four sharp corners can be prone to chipping. For added protection, you might consider a bezel or four-prong ring setting. For larger stones of either shape, a six-prong setting will provide extra protection.

Some of the most popular settings for both cushion-cut and princess-cut diamond engagement rings include:

Celebrate your milestone moment with a diamond that expresses your unstoppable love. Shop KAY’s selection of cushion-cut and princess-cut diamond rings now to discover your perfect match.

Get an elegant look with vintage charm

SPEAK TO A JEWELRY CONSULTANT

Not sure which diamond cut is right for you? Connect with KAY for one-on-one expert advice! Simply book a virtual or in-store appointment at a set time convenient for you. 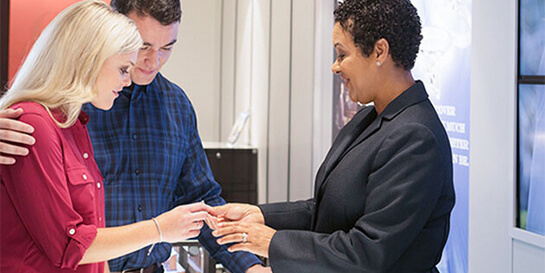 Diamond Education from the Experts

Find out why cushion-cut diamonds are experiencing a resurgence in popularity and what makes them a coveted diamond shape.

Learn more about the unique features of princess-cut diamonds and what makes them an attractive choice for engagement rings. 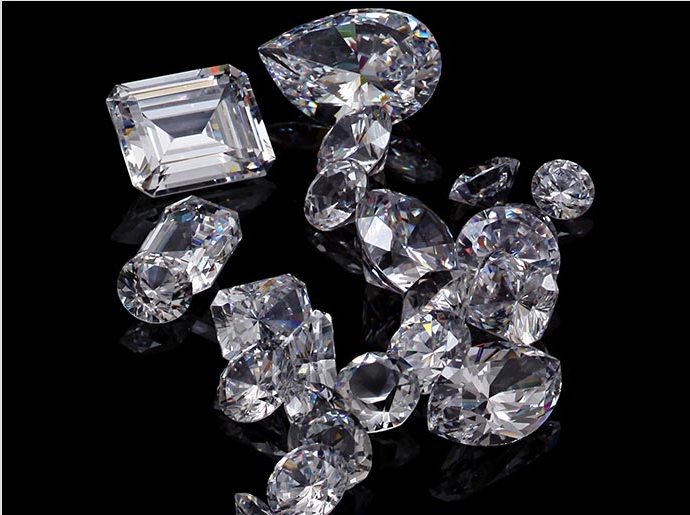 Get to know the most popular diamond shapes and their features, so you can choose the one that’s right for you.

KAY’s Jewelry Library is your one-stop resource for jewelry education! Our collection of articles includes everything from jewelry basics, style guides, shopping tips, and gift-giving advice to ideas and inspiration for your milestone moments.